A peculiar boy is rejected yet he helps weird creatures in trouble during his journey. As the performance goes, we see closely what happens with father, perfect boy, half boy, three monsters and three wives. Abed embraces errors and explicitly shows the mistakes that occurred during the performance. The audience get involved in the games even before the performance starts. We see a fantastic universe yet fragile, imperfect and tends to collapse throughout the performance leaving the audience with a question: Is it better to be a half or a perfect one? A free adaptation by Husam Abed for the Palestinian Arab fairytale of Half a halfling. Inspired by his childhood memories and the book of Speak bird speak again, he uses contemporary visual interpretation mixing hand puppet, object theatre, live music and storytelling to bring this story to the audience. Cast: [Co-director: Branislav Mazuch, Husam Abed | Art director, stage, puppet and props design: Radka Mizerova & Robert Smolik | Dramaturgy: Branislav Mazuch | Music: Husam Abed and friends] 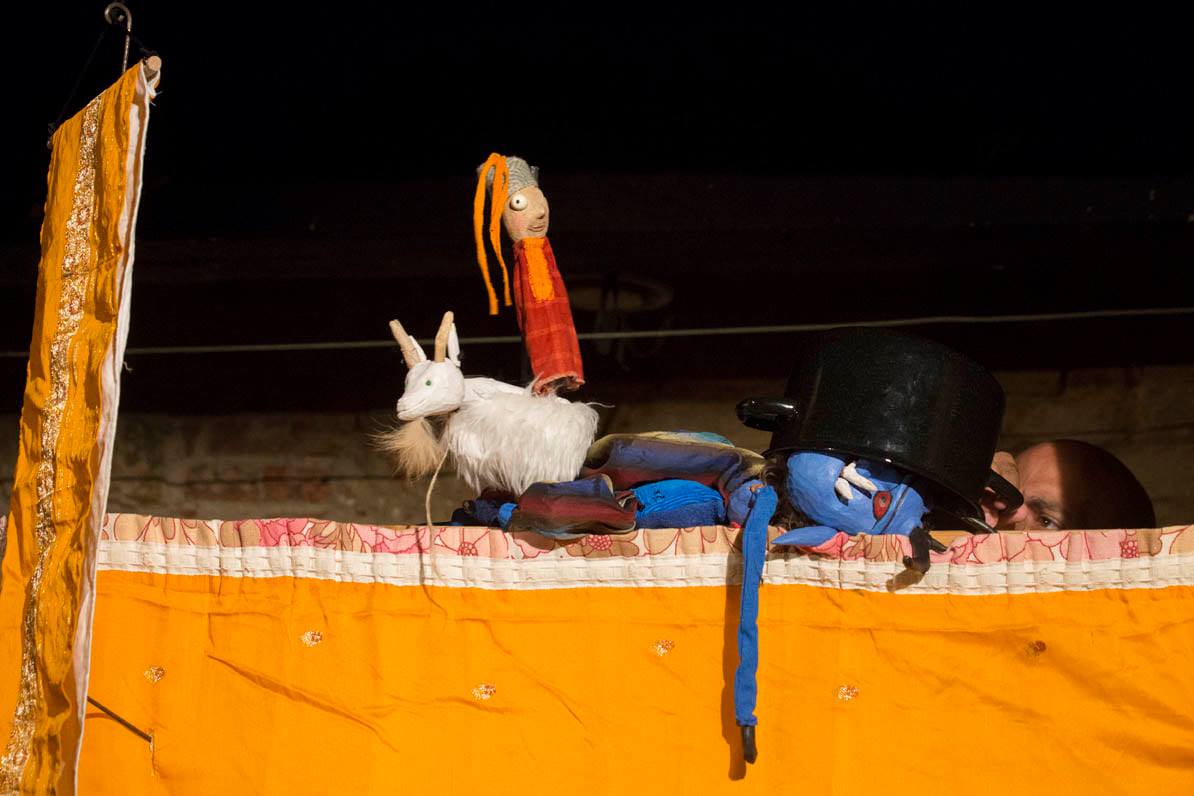